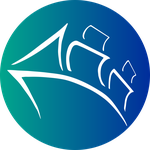 Committee
Organization for Security and Co-operation in Europe
Country
Sweden Committee: Organization for Security and Co-operation in Europe

Honorable chairs! Distinguished Delegates! The delegation of Sweden is grateful and honored to be part of this conference to discuss ways of preventing the spread of radical Islamic terrorism in Europe.

The refugee crisis became an issue in Europe in 2004, however in 2015 the matter exploded. The first major influx of migrants had to com...