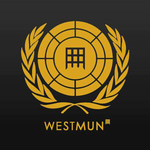 The Republic of South Africa continues to remain concerned about the current political and humanitarian situation in Venezuela which needs to be resolved as soon as possible. What is clear is that South Africa recognises the duly elected, democratically elected President of Venezuela Nicolas Maduro until such time as he steps down, or until such time as there is an election. Indeed, South Africa cannot and will not support regime change at a time where the situation is outside the normal electoral practices of that specific nation and one such as in the case of Venezuela where the risks hugely outweigh the benefits. South Africa continues to stress that it is firmly against any attempts at undue or unconstitutional...