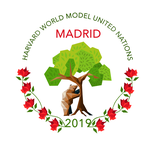 Will like To  talk about the Health Effects of Genetically Modified Foods in Humans.

Genetically modified organisms (GMOs) are defined as organisms (except for human beings) in which the genetic material has been altered in a way that does not occur naturally by mating and/or natural recombination. GMOs have widespread applications as they are used in biological and medical research, production of pharmaceutical drugs, experimental medicine, and agriculture. The use of gene technology in food production has become interesting due to increased needs of food as well as its improved quality. With the application of gene technology to plants and animals, goals can be achieved more quickly than by traditional selection. Consequently, ethical dilemmas are opened concerning the eventual negative effects of production of genetically modified food. It seems that supplementation of nutraceuticals and wild foods as well as wild lifestyle may be protective, whereas western diet and lifestyle may enhance the expression of genes related to chronic diseases. Our genes pr pathways are most likely regulated by microRNA.

The prevalence and mortality due to multi factorial polytechnic diseases; hypertension, coronary artery disease (CAD), diabetes and cancer vary depending upon genetic susceptibility and environmental precursors because they have identifiable Mendelian subsets. Rapid changes in diet and lifestyle may influence habitability of the variant phenotype that are dependent on the pharmaceutical or functional food supplementation for their expression. It is possible to recognize the interaction of specific pharmaceuticals, with the genetic code possessed by all nucleated cells. There is evidence that South Asians have an increased susceptibility to CAD, diabetes mellifluous, central obesity and insulin resistance at younger age, which may be due to interaction of gene and pharmaceutical environment.

Several methods of production of genetically modified organisms (GMO) are known. The foreign gene that has been inserted into the cell of a microorganism, a plant or an animal is called a transgene. It is integrated into the genome of the recipients which are called transgenic. The transgenes are genes with known traits or mutated varian...