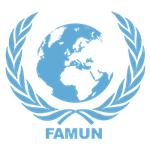 Question of: Regulating the Situation Regarding Israel and Palestine

This topic is about the current and ongoing Israel-Palestine conflict. The whole point of the resolution is to Regulate the Situation Regarding Israel and Palestine and try to find ways to reduce the violence in the Middle East. The Israeli-Palestinian conflict is one that has been going on for decades: Israelis and Arabs continue to fight today for a strip of land known the Gaza strip. The conflict was an effect of the Second World War and Holocaust, when more than six million Jews were killed. The Jewish felt they had a right to their own country.

This issue mainly impacts Israel and Palestine as well as the neighboring Middle East. The main western country it impacts is the US since it has such strong relation with Israel. Russia, China and the DPRK are three countries that have major allies in the Middle East when it comes to the current Syrian Civil War.

There are many causes for this issue but the root cause of the conflict began after World War II, when the Jewish people of Europe were given a large part of Palestine, which they considered as their native land and they considered it unfair that they didn’t have a land for their own. In 1948 Israel and Palestine went to war, at that ended in Gaza which at the time was controlled by Egypt and the west bank was controlled by Jordan. In 1967 another war took place, and Israel occupied these Palestinian areas and stayed there for years...