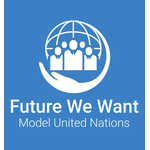 Poland is a member of the European Union in which its fiscal affiliations are organized by its Economic and Financial Committee. They assess economic situations and provide opinions regarding financial matters. Likewise, they promote coordination of member states’ policies needed for the internal market to function. Since the Amendment of the Statutes in 2003, EFC may meet in two different configurations (1) with or without national central banks; and (2) may also meet in a euro area only known as the Eurogroup Working Group (EWG) where the commission of the European Central Bank are represented.

In the European Union, Poland has the eight largest economy and is the largest among the former Eastern Bloc members. This may be reflected from the economic liberalization they have established way back in 1990 wherein lessening of government regulations and restrictions resulted to greater participation of private entities such as machine building, food processing, coal mining and other indu...