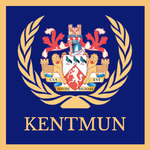 The status of the Sahrawi Arab Republic

The countries of Morocco and China have been on friendly terms for a long time. The strong economic trade, as well as the tourism, ties the two countries together, and it is a certainty that China will come to the aide of Morocco if is it needed.

As the spokesman for the Chinese foreign ministry, Qin Gang, stated about China’s position on foreign relations:  “China will not play power politics and will not interfere with other countries' internal affairs” as well as “China maintains all countries, big or small, should be treated equally and respect each other. All affairs should be consulted and resolved by all countries on the basis of equal participation. No country should bully others on the basis of strength.” [1]