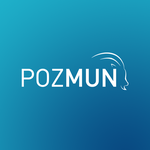 In the name of His Imperial and Royal Apostolic Majesty, Charles the First, by the Grace of God Emperor of Austria, Apostolic King of Hungary, of this name the fourth, King of Bohemia, Dalmatia, Croatia, Slavonia, Galicia and Lodomeria and Illyria; King of Jerusalem etc., we want to express our gratitude for being invited to this conference. It is crucial that we all come together and discus how the world is supposed to look after the great tragedy of the Great War.

Since the accession to the Imperial throne of Charles I in 1916, our country’s policy has developed very much. The Emperor and King did not want this war, as in his opinion any war is against Christian values. He inherited a senseless war and wanted to stop it...