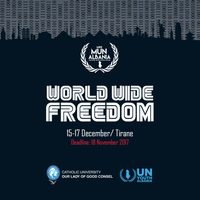 From its genesis the cyberspace was envisioned as a network that would bring more equality, democracy, equal partnership and collective intelligence; something close to a libertarian paradise of individual self-determination and social redemption, in which the hands of governments and multinationals (what John Perry Barlow called “tired giants of meat and steel,”) should not have a say in the chapter.

However, as it commonly happens with utopic visions, a parallel dystopian-like version of it emerges whenever the creation takes a live of its own, whether we try to preserve it immaculate or we try to set boundaries to a seemingly borderless phenomenon.

The internet has unarguably proven to be capable of immense social, economic and technological transformation, connecting the world in previously unimagined ways, but in this cyberspace old and new threats arise to both security and human rights, resulting in a “world wide freedom” conundrum. In the era of social networks and “fake news”; of political correctness and hate speech; of hackers, cyber-terrorism and cyber-attacks allegedly capable of disrupting a democracy – how should individuals and states act? How can we guarantee security without compromising the enjoyment of rights and freedoms? How can we condemn hate speech and online bullying without restricting freedom of expression? How should states’ interventions and behaviors in the cyberspace be judged and sanctioned? What would be the consequences of changing the architecture of the internet?

In this second edition of MiniMUN Albania, participants will try to bring new perspectives on these issues while simulating the works of the UN Security Council and the UN Human Rights Council.