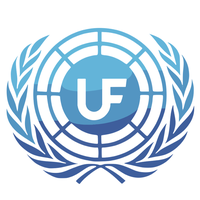 UFMUN 2021 will take place virtually between the 10th and 11th April and will be hosted from the beautiful city of Uppsala located in Sweden.

The COVID-19 pandemic has highlighted serious gaps in global cooperation and solidarity and as we are remarking the Commemoration of the 75th Anniversary of the First Meeting of the United Nations General Assembly, the world is positioned at an intersection. The theme for the conference highlights the importance of sustainability and each of the three committees reflect different worldly matters that have a high importance in securing a more sustainable future.

The South China Sea is a marginal sea in the West Pacific Ocean. The territorial disputes in the South China Sea surround claimed territorial waters and economic zones. The region has a tremendous economic and geostrategic importance as it is used for maritime shipping and is considered to be one-third of the world’s trade routes. Due to its great importance, there are continuous territorial disputes which have repeatedly led to colliding claims of sovereignty amongst countries bordering the South China Sea. The tensions are rising, will an agreement be reached or is further conflict inevitable?

The Middle East region has undergone major changes which have a significant impact on water. The dynamics between countries have shifted in numerous ways. The Middle East is amongst the most water stressed regions in the world, while also playing host to a number of conflicts. As global warming is gradually becoming more of an important issue, international water cooperation is crucial to generate benefits over their shared water resources. The tensions in the region are rising and the limited freshwater have caused conflicts in the region. Will an agreement be reached to solve the conflict, or will the conflict escalate?

When antibiotics were first discovered, modern medicine had a kickstart and humans thought they were forever safe from a majority of diseases that previously had led to major death tolls. Now, humanity stands in front of a different problem as pathogenic bacteria has started growing resistant to antibiotics. Resistance against antibiotics causes currently 750 000 deaths per year, and the more we use antibiotics the more bacteria will become resistant to it. If we don't want to go back to a time before antibiotics were discovered, we need to act fast. Worldwide, limitations on the use of antibiotics is needed. But, can the world come to an agreement?

This year ́s UFMUN will be held online through Zoom. If you have any questions about the conference, feel free to reach out to the UFMUN Host team at ufmun@ufuppsala.se