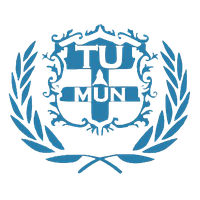 Securing Humanity in the Age of Disruptive World

How to apply for TUMUN Conference 2019
1. Go to http://tumun.org
2. Select whether you're a Thai-student/non-Thai student/observer.
3. Fill in the application form.
4. Proceed your payment with PayPal account or your credit/debit card.
5. Stay alert for the application confirmation email.

Ps. For the United Nations Security Council (double delegates), each participant is required to complete the application form SEPARATELY. Participants need to indicate 'co-delegate's name' in the form.

Thammasat University Model United Nations (TUMUN) Conference was the first university-level conference of simulation of the United Nations in Thailand. It was first held by the student management team of the TUMUN club in 2015. They aimed to provide opportunities for youths at both international and national level. The conference brings the like-minded together: those who are passionate about international disputes; those who seek to better the world; those who are aspired to solve the problems; and those who wish to be a part of a change bigger than themselves. This conference will enable students to self-development as their academics will be challenged and their social skills will be contested. Consequently, the TUMUN teams have been very active in order to ensure such an opportunity for four succeeding years.

In the past four years, TUMUN Conference welcomed about 80-100 participants from both high school and university levels. Delegates and observers were from diverse background ranging from students in Thai educational system to students from foreign countries such as the Philippines, Indonesia, Myanmar, Singapore, Vietnam, Japan, Bangladesh, France, Russia, and Poland.

Approaching its fifth Conference in this 2019

Therefore, the fifth TUMUN Conference which will be held from 11th to 13rd of January 2019 clearly continues the success of its predecessors and reinforces its role as a leading channel for youths to creatively and critically become the world leaders who successfully solve the unsolvable global issues.

About the Organizing Team

Thammasat University Model United Nations was founded in 2011 by a group of young and passionate Thammasat students who have experienced MUN conferences abroad before and wish to open the window of opportunities for those students who MUN was their total stranger. Initially, the beginning of their quest was to develop leadership and competence of young people by recruiting them to attend MUN conferences abroad such as Harvard National Model United Nations, Harvard World Model United Nations, and Cambridge University International Model United Nations. During these discussions, delegates will leave their comfort zone and challenge themselves to the limit, thus, enhancing their analytical thinking skill, public speaking skill, and their boost up their confidence.

This year, TUMUN Conference 2019 has partnered with our fellow colleagues from the Undergraduate Diplomacy Student Association (UDSA) of Seton Hall University. As its major aims stated, UDSA is an organization with a focus on path finding and professional development for the students of Seton Hall's School of Diplomacy and International Relations. It is our pleasure to collaborate and co-host one of four committees in this year’s Conference.