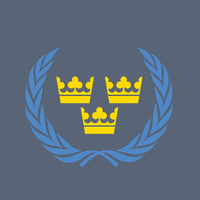 Apply as delegate now at:

This year's committees and topics:

The proliferation of biological weapons has been an important issue on the security agenda of the United Nations since the Cold War with some preventing act indication. Due to the efforts of the United Nations to outlaw the use of chemical and biological agents as weapons, the risk of such attacks on civilians has reduced significantly although many nations continue to research and stockpile chemical weapon agents. DISEC has set at its agenda a discussion on the prevention of the use and proliferation of the biological weapons.

When the Greek Crisis occurred, it left a great multitude of people in poverty. Unsurprisingly, this is what happens during and after many crises. The IMF, as a financial institution, has played a huge part in worldwide poverty reduction but while inequality has been reduced in some parts of the world, the gap continues to grow in others. It is important to note that the IMF’s mandate is not poverty reduction. Instead, it is to help countries solve balance of payments issues. This topic, therefore, seeks to broaden the IMF’s mandate by introducing a new Article of Agreement to take into account both income inequality and poverty reduction.

In March of this year, Iran’s Foreign Minister, Javad Zarif, requested from the IMF an emergency loan to deal with the Coronavirus outbreak that has been extremely devastating to the country. However, the US, having a large veto power (about 17%) in the IMF has decided that it will block such an action. The US believes that Iran, if granted the loan, will use the money for the financing of terrorist activities. Seventy percent of votes are needed in order for Iran to receive this aid and the US, with the largest veto power, along with its allies, can easily block the aid. Will the IMF allow politics to prevail over the health of people in dire need or will Iran’s past misdeeds be pardoned?

The supply chain of goods sold in the world today does not appear in all its complexity and consequences to the eyes of the customers. The standards of working in which most chinese companies employ their working force are not clear for the buyers, and therefore the situation is not on its way toward an improvement on ethical and sustainable grounds. The discussion for a more transparent supply chain is set for the next UNHRC meeting agenda.

The development of artificial intelligence and its fast democratization in our everyday life has not enabled the people to keep control on the power and implication of a complex and yet so intrusive presence of worldwide data collecting companies in our privacy. UNHRC will address this topic and try to identify where the limit and safeguard stand for the respect of everyone's liberty and privacy.

According to various estimates, about 80 percent of wastewater is discharged into the environment without proper treatment. In view of the constantly emerging news on water pollution, it is highly important to address this issue to avoid further problems linking it with actions toward the achievement of SDG 14.

On the night of November the 3rd, 2020, the results of the Presidential Election in the USA designated Joe Biden as the 46th President of the United States of America. But on the morning of November the 4th, the biggest concern of the political observers became true. As the sun was rising in the sky of Washington, Donald Trump woke up in the Lincoln Bedroom, took his phone and sent the most important tweet of the history of the social media : “ The election was rigged. I won’t leave the Oval Office. FAKE NEWS”