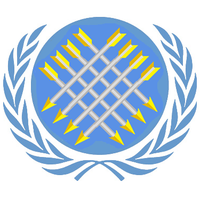 Welcome to this edition of Sheffield Model United Nations (SheffMUN). One hundred years ago, Europe and the world was changed forever, as it became engulfed in what became the First World War. National identity, political status quo and stable economies were dismembered beyond belief and the world still lives in its shadow. With this is mind, this year’s theme is entitled, “Derailing the War Machine”. As the world respectfully remembers those who perished, our Conference will focus on ways in which we can challenge war and maintain peace.

The products of the First World War, though enormous, are not necessarily unique when compared to other wars, both past and present. War changes political, social and economic mindsets that can have ever lasting effect. It was the First World War which shaped the 20th Century, providing the stimulus for economic and social modernisation. For this reason, our Conference will be simulating the Treaty of Versailles that took place directly after the First World War. As the world marks the centenary of the beginning of the conflict, we will be simulating what was supposed to be the treaty that ended, “The war to end all wars”. This Conference is about discovering the road to pace, not bloodshed, but also ensuring the creation of a workable peace.

Prussian theorist Carl von Clausewitz argued that, “War is not merely an act of policy but a true political instrument, a continuation of political intercourse carried on with other means. What remains peculiar to war is simply the peculiar nature of its means.” This peculiarity is what has diverted war away from the battlefield and the halls of Defence Ministries but to the corridors of the IMF, the offices of the UN Office on Drugs and Crime and the hallowed halls of the International Court of Justice. “War” is no longer a clash of armies but a feature of a wide variety of other agencies and bodies.

And “peace” is very much the same. No longer is peace a tool of politicians and generals, but also a factor found in legal and economic arenas. Our theme is designed to open your mind to what war and peace mean and how the former can be prevented or staved off. However, we hope this Conference will spur you onto thinking if war is a necessity and if it is ever possible to have a humanitarian and compassionate war.

On behalf of the Secretariat, we hope you enjoy the Conference.