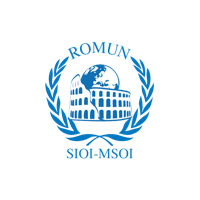 2015 is a turning point year in the United Nations system. As part of the 70th anniversary of the United Nations, the General Assembly will declare the expiration of the Millennium Development Goals and will launch the Sustainable Development Goals. Given this new framework EXPO Milan’s focus on central themes such as food security, access to food, sustainability, and the protection of the environment, exemplifies this change.

Upwards of 500-700 highly talented young participants representing colleges, universities, and graduate schools from all around the world will be attending ROMUN2015. The event will also include the participation of prestigious institutional representatives.

ROMUN2015 will simulate the UN body which represents the best compromise between the necessity to offer a rigorous UN experience, providing a network open to the positive participation of the civil society and matching the challenges addressed by EXPO 2015 and the Sustainable Development Goals (SDGs). This body is the General Assembly of the United Nations, and in particular the High-Level Plenary Meeting. The 6 Roundtables will have the overarching objective of “The Youth Road Map on UN SDGs. Take action now for the World We Want”.