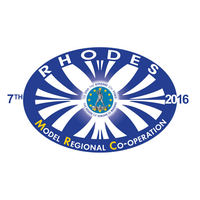 Towards effective peace-building & sustainable development on a regional level

Rhodes Model Regional Co-operation or RhodesMRC is an academic simulation that follows the practice of Model United Nations, but dedicated to regional organizations. Students, young scientists of law, political science or international relations and diplomats or just international relations “fans”, gather together in Rhodes each October to simulate the works of the organs and committees of a regional international organization, gaining valuable experience on negotiations and resolution making. During these simulations, each participant is assigned a country which he/she represents during the sessions. He/she is acting as an official of the assigned country, so he/she is challenged to ignore any personal thoughts and act as a true diplomat.

Being academically innovative and challenging, RhodesMRC is dedicated to Regional Co-operation. During its seven years of run, it has provided the international academic community with unique simulations of the Union for the Mediterranean, the Black Sea Economic Co-operation Organization, the Organization for the Security and Co-operation in Europe, the EuroAtlantic Partnership Council of NATO, the Organization of American States, the African Union, a Middle East Peace Conference and the Council of Europe. For its academic innovation and unique nature, RhodesMRC has received various recognitions: • the prestigious patronage of the Secretary General of the Council of Europe, Mr. Thorbjørn Jagland, for 2015 and 2016, • distinction as one of the top projects for European Youth in 2013 by the Nantes Creative Generations program in France, • being the cornerstone of the House of Europe in Rhodes awarding by the Parliamentary Assembly of the Mediterranean, in 2012. Organization for Security and Co-operation in Europe