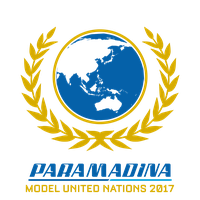 Foreseeing the Uncertainties of the 21st Centuries

Every period of history has had a different set of problems. For example, during the Middle Ages in Europe, avoiding death disease, warfare, or mishap - was an everyday reality for its people. In this year's Paramadina MUN, we will discuss a few pressing, though often forgettable concerns, now faced in the 21st century.

The exponential increase in technology, accessibility of genetic information by the public, and the lack of governmental and international regulation, raise various concerns about the threats of biowarfare caused by genetic engineering arising outside security issues.

In the earlier years, the United Nations failed in forming a capable regulation, such as UN Convention on Human Cloning in 2002, which resulted in mixed stances between countries all over the world. It has not been brought up until now on Paramadina Model United Nations 2017.