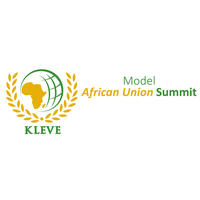 We are excited to announce that Kleve Model African Union (KleMAU) will be taking place for the fourth time in Rhein-Waal University, Kleve this May! The international environment of the University offers the perfect conditions for this three day conference, in which delegates presenting African Union member states have the possibility to improve their negotiating skills, meet new people and learn about some of the great difficulties of the African continent.

KleMAU 2018 is proud to present our committees this year: the Executive Council and the Peace & Security Council. The Executive Council will dive into the topic of corruption, while the Peace & Security Council will try to manage the conflict in South Sudan by whatever means necessary. Both committees have less than 25 delegates, which offers a great chance to shine for every single delegate!

Join us now to be part of this year's conference! The participation fee of 15 euros covers coffee breaks, snacks and lunches during the conference. Make sure to follow us on Facebook to keep up with the updates! https://www.facebook.com/klevemodelafricanunion/

The Executive Council: Winning the Fight Against Corruption – A Sustainable Path to Africa’s Transformation

Corruption continues being one of the major challenges in the African continent, hampering economic and political development as well as contributing to the lasting impoverishment and the onset of conflicts. In 2002, a study by the African Union estimated that the African states lose roughly 150 billion dollars a year due to corruption, an amount that equals to one-fourth of the continent’s GDP.

The Peace and Security Council: Towards Sustainable Peace in South Sudan

The youngest state in the African Union, South Sudan, has been shaken by a serious civil war since 2013. The effects of the conflict between president Kiir and the former vice president Machar on the people of South Sudan have been devastating: Millions have been left homeless and without food. Serious human rights violations and crimes against humanity have been reported, and the country stands on the brink of an all-out ethnic civil war. The conflict parties signed a Peace Agreement in 2015, but since then the violence has continued and escalated to new parts of the country. The High Level Revitalizing Forum, supported by AU and UN, has been working on revitalizing the 2015 Peace Agreement. It has negotiated ceasefires in order to response to the humanitarian crisis in the country and to continue with the revitalizing process, but these ceasefires have been violated. The African Union has considered sanctions for conflict parties hampering the resolution of the conflict, but the humanitarian situation in the country keeps deteriorating and the African Union has been blamed for an insufficient response to the conflict that might escalate into a genocide.