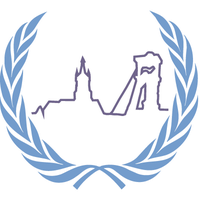 KleMUN is a student-organized conference that takes place every year in November. During those 3 to 4 days the United Nations comes to the town of Kleve, as every student plays the role of a diplomat representing a country –just like in real life. In each of the three committees of this UN simulation the students intensely debate about important and critical issues of the international community. The discussions are open and suitable for everyone, from the first-time fresher to the already far advanced MUN delegate. Whatever your level is, be ready to have an awesome time in and outside the conference rooms, as there are always great social events going on as well. An evening in a bar getting to know better your fellow delegates or even a formal ball to feel the glamour. KleMUN is a great chance to meet new and passionate people from all over the globe. But be aware you might get infected by the MUN spirit!

This year´s conference takes place from 18th to 21st November with the topic: “Safeguarding Human Rights in a Global Community”.

Our Committees are the following:

The most important and powerful organ of the UN system, tasked with maintaining international peace and security. Composed of five permanent members -China, France, Russia, UK and USA- plus 10 non-permanent members. It addresses all important security issues our world faces and deals with the challenge of dangerous international upcoming crises. You should already have some MUN experience if you want to join this committee.

ECOSOC is one of the six principal organs of the UN and is concerned with economic and social problems and development throughout the world. In the past years, KleMUN´s ECOSOC discussed for example about topics such as a post-2015 agenda for the Millennium Development Goals, human trafficking and enforcing women´s rights. The Committee has 54 member states elected by the General Assembly. NGOs can also participate in its meetings and contribute their view, though they are not allowed to vote.

UNESCO is one of the most important specialized agencies of the United Nations and was established in the belief that political commitments are not enough to ensure lasting peace in the world: A common moral and intellectual basis and intercultural exchange are necessary to unite the world´s nations in the long term. Therefore, UNESCO´s tasks are furthering education, protecting freedom of expression and cultural heritages, and enhancing scientific cooperation on a global level.

For logistical reasons we can ONLY accept applications that are paid!

This is a Top Rated series of conferences - it has consistently been rated with 4 or more stars! 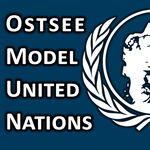