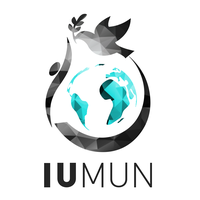 A Journey to Unravel Global Controversies.

IUMUN society was formed in 2010 by a few students of the Oral Communication class and since then it has developed to be one of the most active societies of Iqra University and one of the most renowned MUN societies in the circuit. IUMUN and its teams are not only recognized within the MUN circuit nationally but internationally as well. Over the past 6 years, this society has worked hard to promote the talent of the students of IU and to represent IU at all national MUN conferences. The achievements made by this society are enormous and that’s not it, it is still growing and ensuring that the pride of IUMUN is held high.

After the great success of IUMUN’12 which was the first ever external event of IUMUN society for which Iqra University opened its doors for external participants from more than 30 institutes (Universities/Colleges/Schools) of Karachi. With around 300 participants IUMUN’12 made an impact within the MUN circuit. The conference and the overall efforts of IUMUN society were praised by other MUN societies and experienced MUN advisors and society bearers all across Pakistan. This was achieved because of the hard work and dedication of the Patron – Mrs Rosy Tanveer Malik and the entire Executive Body, Secretariat and the Directorate. After IUMUN 2012, the conference never looked back. In the 2013’s edition, under the presidency of Shabbar Virani and the Secretary General Hasan Puri, IUMUN once again left people awestruck with its excellent debate standards, and irreplaceable hospitality. The society ever since 2012, had been under the advisory of Imaddudin Siddiqui, who is not only a legend in the MUN Circuit given his unending list of MUN Experiences, but also due to his level of devotion towards IUMUN. This society has always been blessed with the best of mentors, to help transfer the limelight from one Executive Body to another. In 2014, the conference pulled of the FIRST EVER Joint Crisis Simulations. Amalgamating FOUR versatile committees of the conference with up to 300 delegates, the joint crisis was indeed a phenomenal experience for all who attended. The same year, the conference also orchestrated the Spiritual Sufi Night with Abu Fareed that left everyone unaware of worldly worries by the end of the conference. The efforts of the team, under the leadership of ever talented Sara Fahim were eminent given the success of the conference. This year we bring to you, the 6th Edition of IUMUN. The conference will feature 12 ablaze committees among which the most awaited is the Game Of Thrones Committee. Under the guidance of Ma’am Rabia Nawaz, the new Co-Patron of IUMUN and the Executive Body for the year 2015, the conference is expected to break all previous standards, and make history like never before. The whole IUMUN Team is working day in, day out to bring to you the BEST Edition of IUMUN by far, with ravishing social events, infuriating committee sessions and of course many memories to bag on your way back.