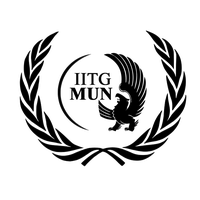 IITG MUN is a simulation of the United Nations conducted by the students of IIT Guwahati, at IIT Guwahati. As a reproduction of the actual UN conferences, this simulation is an intense exercise in international relations. Each participant of the simulation will either represent a certain nation as a delegate, will preside over the debate as a member of the executive board, or will report and question the debate as a member of the International Press. Through this exercise, the participants will gain an understanding of the procedures and duties of different aspects of the UN, and simultaneously gain an appreciation for the intricacies of international politics. IITG MUN, although a relatively young MUN, has undoubtedly left its mark. Since its inception, it has time and time again proven itself as an MUN in which the accuracy of the simulation is only matched by the enjoyment of its participants.

The participants for this MUN pour in from all over the nation, ensuring a truly multi-cultural experience for all involved. The variations in ideologies and thoughts makes a subtle but not inconsequential impact on the proceeding debate, enriching the discussion in a unique way. However, the direction of the debate in a council is steered just as much by the Executive Board as by the delegates. For this reason, the members of the Executive Board are hand-picked after long hours of deliberation by the secretariat from the pool of the most reputable EB members throughout the various MUN circuits across the country.

Furthermore, no simulation of an international event could ever be complete without a simulation of the world news agencies. In view of this, IITG MUN also encourages participation into the International Press. This gives emergent journalists the opportunity to test their mettle in a real-life simulation, as well as further incentive to the delegates to remain within the character of their nation. This in turn elevates the level of the simulation itself. Last, but definitely not the least, IITG MUN boasts lavish yet elegant socials for participants to unwind after a day of rigorous debate.