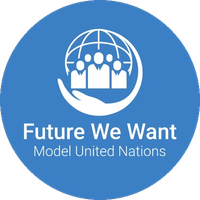 The Future We Want MUN NYC is the most inclusive and diverse conference in the world. It is more than a simple MUN, it gathers students from more than 140 countries, some directly selected through their governments, with the aim to meet in New York and discuss the most pressing UN Topics.

Since its first edition, FWWMUN was able to attract some of the most prominent personalities in the realm of world politics and diplomacy. Each working committee was opened by an Expert Briefing attended by UN Officials, Diplomats, and public figures of the academic world.

FWWMUN has become the first of its kind to engage youth on all the 17 Sustainable Development Goals. If you are coming outside the New York City area and require accommodation we are happy to inform you that we will be providing housing and financial aid for the first 750 delegates!

FWWMUN seeks to bring together future generations of leaders from all corners of the globe to gain first-hand experience in international relations, to produce high-quality resolutions aimed at bringing about the Future We Want, and to submit these resolutions to relevant UN agencies and world leaders for consideration.

FWWMUN begins with a series of workshops delivered by UN Officials and Diplomats about Youth Involvement, the SDGs, and Leadership. Furthermore, during the first committee session, delegates will have the opportunity to engage at a High Level by benefitting from experts in their field on the committee topics.

It’s more than just a MUN! Students don’t simulate the UN, they engage in actual debates that are critical to the UN agenda. The launch of the Youth Ambassador initiative is the only opportunity offered to young aspiring diplomats to continue to focus on the implementation of the SDGs at local levels, post-conference.

During the years, several events of the FWWMUN were held at the United Nations Headquarters in New York. Today, the FWWMUN is the largest MUN platform for selcted youth and it includes also regional workshops in the five continents: a unique concept made possible only thanks to the support of the partnering diplomatic missions of the UN Member States.

FWW is proud to inform that for those wishing to deepen their knowledge on the International Relations and Diplomacy we will make available a one-day certified training organized by the New York Academy of Diplomacy in collaboration with the Italian Diplomatic Academy on the very first day of the conference as an integrated training allowing participants to maximize their benefits while staying in New York.

A student in a role of an observer participates in conference events and attends committee sessions but does not take part in the debates or resolution writing. An observer does not represent any country during the committee sessions. The observer role is meant for inexperienced MUN students who may want to understand better the MUN proceedings and build knowledge on discussed topics and ways of debate.

A head delegate is a student participating fully in the conference as a delegate with the additional responsibility of accompanying and organizing their delegation.

A delegation is a group of students from the same university, school, or MUN club wishing to attend the MUN together. A delegation consists of delegates and a faculty advisor or head delegate. Delegations are considered for a Best Delegation Award at the end of the committee sessions. Delegates part of a delegation may be distributed among different committees

A chairperson is a highly-skilled student in MUNs, they are responsible for the academic delivery of their assigned committee and overall committee session proceedings. Chairpersons are required to have several MUN experiences and a strong academic background.

A delegate selected in the Journalist role takes part in all conference events including committee sessions with the exception that they do not participate in the debates or committee sessions proceedings. The role of the Journalist is to act on behalf of the UN News Center (Simulated) and to report on the assigned committees by taking notes, fact-checking, researching, and interviewing delegates. The journalist is expected to produce news articles on a daily basis to be used on different channels, including but not limited to; the FWWMUN website, social media, and newsletters.

How to order accommodation? Guide to order

This is a Top Rated series of conferences - it has consistently been rated with 4 or more stars!